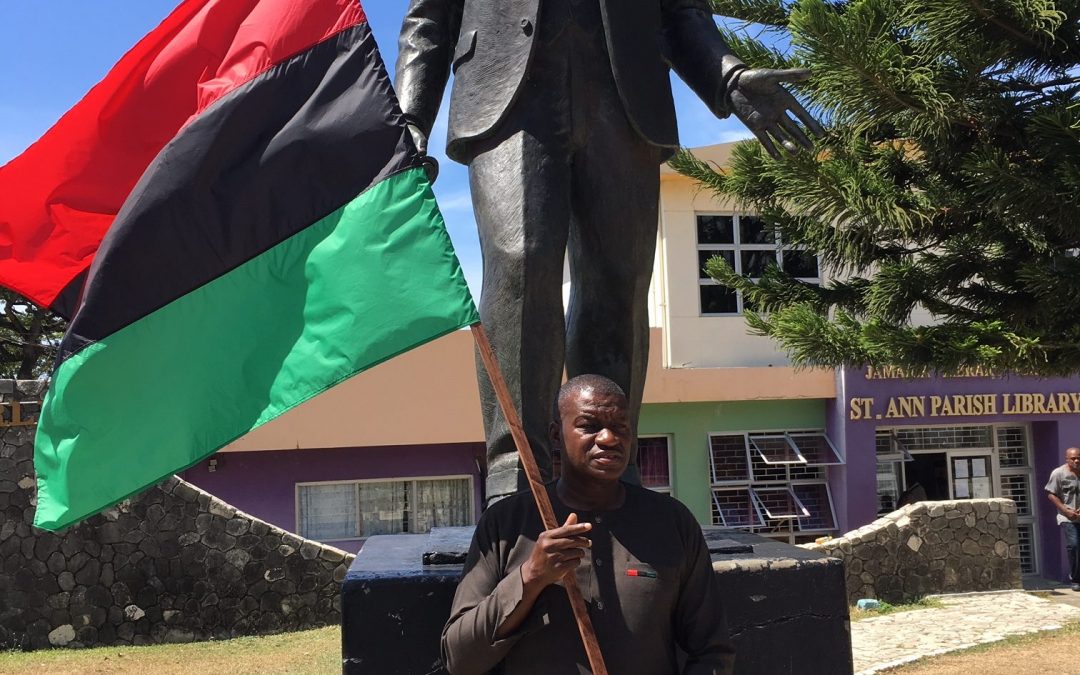 After immigrating to the U.S. from the Caribbean island nation of Jamaica in 1978, Michael Duncan settled in Brooklyn, NY. At the age of 17, he picked up the holy book – Philosophy and Opinions of Marcus Garvey. Initially Michael Duncan thought he was a Jamaican, but after reading the book, he realized that he was an African born in Jamaica. Afterwards, he attended Baruch College of the City University of New York, graduating with a Bachelor’s in Accounting. By the 1990’s, he and his family moved to Southeast Queens. Soon after he revitalized the Rosedale Soccer Club. As Michael Duncan wanted to make a difference, he got involved to help the youth build character through sports especially a team sport such as soccer. Being certain that if we act as a team, then we can better our neighborhoods, respect each other, and improve our lot in life, all of which he learned from the teachings of Marcus Mosiah Garvey.

President General is happily married to his wife Sophia, and they have four children. For the last twenty years, he has volunteered in the Public School [PS] system having been elected Parent Teacher Association  president at PS 195, Junior High School [JHS] 231, and Springfield Gardens High School [HS]. PG is a strong advocate of After School Programs so that mathematics, science, and the arts can be supplemented in our schools so as to reclaim our stolen legacy. Keep in mind that Africans were the world’s first mathematicians, architects, accountants, brick masons, empire builders, physicians, and artists, to name a few. PG also organized community awareness against suspension centers at JHS 231 and Springfield HS.

In addition to the many hats that President General Michael R. Duncan wears – husband, father, business owner community leader and soccer club president, he is also the host of the COMMUNITY FOCUS radio show on 93.5 FM NY IRIEJAM RADIO from 8 PM to 9 PM on Mondays and Tuesdays. In summary, this is where community meets radio. PG uses this media as a platform to organize our community, to address the conditions that affect us whether it be policing, education, lack of wealth creation, housing, mass incarceration or politics to name a few, and to rebuild the UNIA. In effect the COMMUNITY FOCUS radio show is the UNIA radio.

The financing of the COMMUNITY FOCUS radio show is from the largesse of the Jamaica Breeze Restaurant that PG and his family own. It is the only Caribbean and Soul Food buffet restaurant in Queens and the Rockaways. Though this is an entrepreneurism, due to the fact that it embraces the philosophy of [economic] self reliance, the Jamaica Breeze has become a mainstay in the community. It has created more than twenty jobs in the community thus buoying the local economy.  Moreover, Jamaica Breeze gives a monthly portion of its intake to worthy causes affecting our people.

President General led the fight against the construction of the “Hot Sheets” motel that developers from outside of the community tried to build across the street from Springfield Gardens HS. When the elected officials thought they could discourage and intimidate the community, it was PG who galvanized the senior citizens to stand strong and remain faithful to the community. In the end, the community won, and the motel was not built.

And finally, as Jamaica Breeze became an important part of the local economy, while shopping for its dry goods, fish, meats, produce and vegetables, PG asked himself, “what would Mr. Garvey do” given that the suppliers and distributors were exclusively not from our community though we are the ones propping up their enterprise. The solution was a facsimile to the Black Star Line Steamship Corporation and the Negro Factories corporation that Hon Marcus Garvey established in 1919 and 1920, whereupon the stock price of each share was $5 even though our people were only making between 25¢ and 40¢ per day. How our people were able to save up $5 even though the maximum they were earning was $2 per week is a testament to sacrifice and purpose. All of this is as a result of one man’s belief in his people.

Using the same blackprint, the $5 share price in 1919 adjusted for a 5% cost of living adjustment is $600 today. Thus, we created the Federation of African, Caribbean, and American [FACA] Restaurant Owners Corp with a $600 share price.