Universal Negro Improvement Association and African Communities League About Us 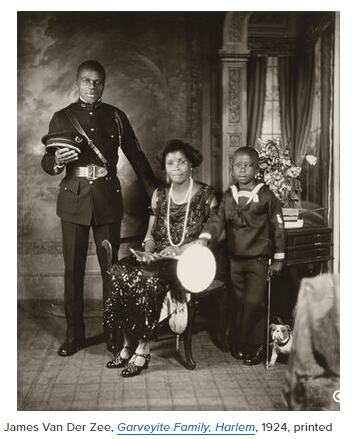 Garvey’s heyday in the 1920s coincided with the Afro-American literary efflorescence known as the Harlem Renaissance, for the race and Africa-consciousness of which Garvey himself was in no small way responsible. Indeed, some of the most important artists of the Renaissance were associated with the UNIA. Claude McKay was a Garvey supported and a regular contributor to the Negro World in its early period; Eric Walrond was a Negro World editor; and Zora Neale Huston was a columnist for the paper. Negro World readers were treated to excellent book reviews by editors William H. Ferris, Eric Walrond and Hubert H. Harrison

History of The Flag 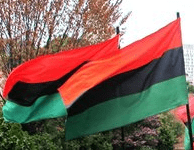 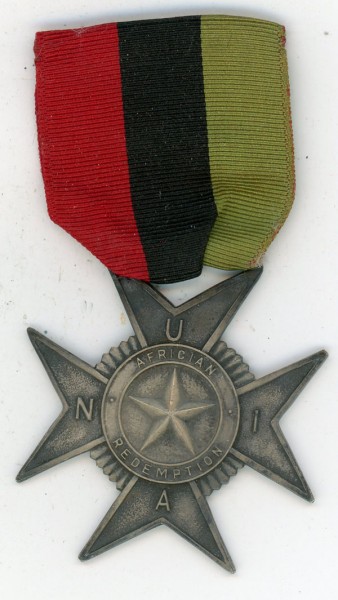 Article 39 of the Declaration of the Rights of The Negro Peoples of the World as adopted on August 13, 1920 during the 1920 First International Convention of Negroes states that colors of the BLACK RACE are Red, Black and Green – the UNIA Flag.

The question of a flag for the race was not as trivial as might have appeared on the surface. Especially, in the United States, the lack of an African symbol of nationhood was the basis of outright racism towards Black people. It is obviously portrayed in the American popular song, “Every Race Has a Flag But the Coon.”

In 1921 Garvey declared, “Show me the race or the nation without a flag, and I will show you a race of people without any pride. In song and mimicry they have said, “Every race has a flag but the coon.” How true! But that was said of us four years ago. They can’t say it now…”

Ultimately, the UNIA Flag became a symbol of Black unity and pride all over the world. Many African countries sport the colors in their flags, symbolizing their inspiration by Marcus Garvey, including Ghana, Kenya, Ethiopia and others.
As per Mr. Garvey, “Red is the color of the blood which men shed for their redemption and liberty; Black is the color of the noble and distinguished race to which we belong; Green is the color of the luxuriant vegetation of our Motherland.”

This Flag of Mine

Here’s to this flag of mine; The Red, Black and Green; Hopes in its future bright, Africa has seen.

Here’s to the Red of it;  Great Nations shall know of it; In time to come; Red blood shall flow of it; Great flag of mine.

Here’s to the Black of it; Four Hundred millions back of it; Whose destiny depends on it; The RED, BLACK, and GREEN of it; Oh, Flag of mine.

Here’s to the Green of it; Young men shall dream of it; Face shot and shells of it; Waving so high.

Here’s to the whole of it; Colors broad and pole of it; Pleased is my soul with it; Regardless of what is told of it; Thank God for giving it; Great Flag of Mine.

Haiti is the only case in recorded history where a formerly enslaved people rose up against their oppressors andmilitarily defeated them to then form an independent nation in 1804. While Haiti is the second independent country in the Americas after the United States... 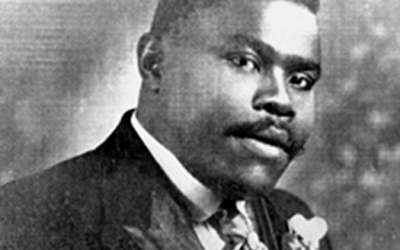 ORGANIZER: Marcus Garvey was the World's Greatest Organizer as he was able to organize more than 12 million Africans worldwide.HISTORY: Mr. Garvey used history to inspire and educate, and not to dwell in it.A BETTER DAY: Mr. Garvey sold the Black Man to himself so... 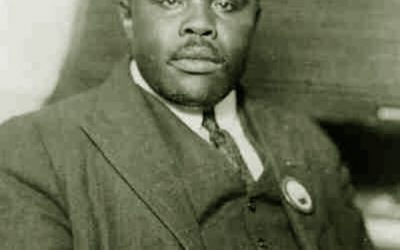 Preamble Be It Resolved That the Negro people of the world, through their chosenrepresentatives in convention assembled in Liberty Hall, in the City of New York andUnited States of America, from August 1 to August 31, in the year of Our Lord onethousand nine hundred...