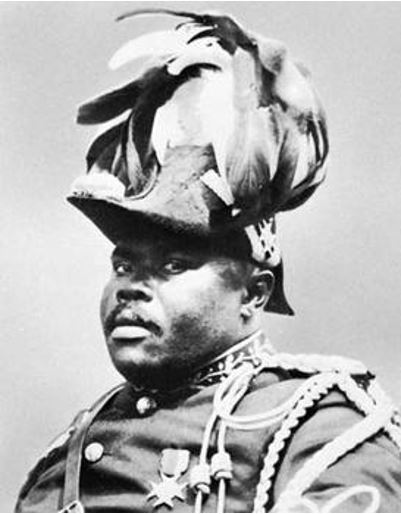 It has been exactly eighty years since the passing of Marcus Garvey.

Hon. Marcus Mosiah Garvey transitioned into ancestor ship on Monday, June 10, 1940 while living in London, England. Mr. Garvey had risen to the apex of African Liberation starting in 1920 on the night of Monday, August 2nd. That night over twenty-five thousand zealous attendees would applaud nonstop for over thirteen minutes to hear about a new journey to freedom from a new kind of messenger.

This unlikely African messenger was just thirty-two years old on that day. But like most of his audience, he was a dark-skinned Black man, one who spoke with the eloquence of the Harlem streets about long-suffered indignities and new ambitions. “We do not desire what has belonged to others, though others have always sought to deprive us of that which belonged to us,” proclaimed the founder of the Universal Negro Improvement Association. “If Europe is for the Europeans, and Asia is for the Asians, then surely, it must be Africa for the Africans, those at home and those abroad.”

Mr. Garvey would eventually convince twelve million Africans on the planet to activate their citizenship (membership) in the UNIA; he would purchase three ships for international trade and commerce and travel; he would establish the Negro Factories Corporation in order to produce the goods for the trade; he would publish the Negro World newspaper; he acquired hotels, restaurants, factories, universities, printing plants, publishing companies, transoceanic steamship lines, to name a few. Indeed, practically every aspect of the UNIA was designed to bolster self-esteem and to foster pride in Black people. Mr. Garvey’s economic ventures in the United States amounted to an attempt toward a nucleus of a self-sustaining and therefore self-employing Black race in America. Mr. Garvey understood that racial uplift and self-reliance are the cornerstones of independent nationhood. Thus, Mr. Garvey’s gaze looked more longingly toward Africa as the salvation of the Black race. That is why the UNIA had established civil services, health care services, regiments, etc., all as foundational springboards necessary to the construction of the new continental African nation and homeland.

In September of 1939, nine months before Mr. Garvey became an ancestor, the Supreme Court of British Honduras (currently Belize) gave its final decision in the celebrated Isaiah Morter will case, which had its beginning in 1922 when Mr. Morter traveled from British Honduras to New York for the UNIA convention and for medical attention. When he died, Isaiah Morter left a will in which he bequeathed almost all his estate to the UNIA for African Redemption. The question on what activities constitute African Redemption was such the focus on the case that it went from court to court for over twelve years, even after the will was probated. Finally, the court awarded judgement in favor of UNIA Inc. of New York City, which was represented by one man (Lionel Francis), without members and with no program for African Redemption.

It looked bleak for the UNIA and Black people.  Since the fraudulent conviction and eventual deportation of Mr. Garvey in 1927, the UNIA precipitated a steady decline. There was infighting, greed, and avarice over finances and the British Honduras property bequeathed by Isaiah Morter. As such, in 1929, Frederick A Toote took over the reins of UNIA Inc. to embezzle the funds. Lionel Francis would eventually lead the UNIA Inc. and rob the British Honduras property – all of 210 square miles – from the UNIA.

However, as bleak as it was, the ideological son of Marcus Garvey – Carlos A Cooks – would single handedly continue the work of Mr. Garvey. Starting in June 1940, Hon. Carlos Cooks would transform Harlem into the security perimeter that Mr. Garvey had envisioned. Hon. Carlos Cooks encouraged Black businesses to thrive; he successfully encouraged alien producers to leave the community; he coined the term BUY BLACK; he (re) instituted natural hairstyles and Miss Natural Standard of Beauty; he organized relief supplies and soldiers to defend Ethiopia; he initiated the Marcus Garvey Annual Parade; he organized the 1959 Convention to eliminate the term “Negro”; and he exalted Black Men and Women to stand up you mighty race, you can accomplish what you will.

Fast forward to 2020 with the advent of COVID-19 and the commendable and devoted protests of our youth to combat police brutality against us in North America. Our people have always been under physical and social attack since our contact with caucasians. The main difference now is that the physical attacks are documented via video. The UNIA position has always been and will continue to be same: establishing a self-reliant, independent economic system based on Race First. As the evildoers know that the protesters cannot protest indefinitely and can and will be bought out, the solution lays in the establishment of a solid self-reliant economic system based on Race First. We welcome our people to engage the UNIA: Support, shop and invest in our people’s businesses. As we created the ROC, we urge all of our people to shop at the ROC.

Every student of economics knows that the race can only be saved through a solid industrial foundation. Take away industry from a race, take away consciousness from a race and you have a slave race. After a people have established successfully a firm industrial foundation, they naturally turn to politics and society, but not first to society and politics, because the two latter cannot exist without the former.

The knee the caucasian policeman had on the back of the neck of our brother George Floyd is symbolic of perpetual suffocation exacted upon us Africans from our oppressors (both caucasian and asian). The solution has always been the mantra of the UNIA – self-reliance (independent economics based on Race First) and racial uplift to form a nation.