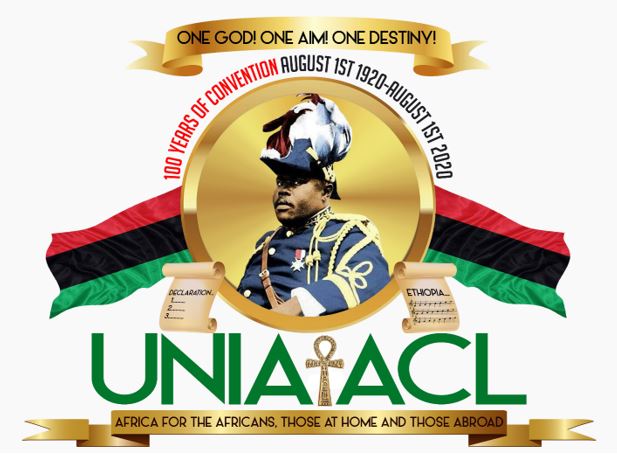 In 1914 on Wednesday, June 17, the S.S. [Steam Ship] Trent departed from Southampton, England. From the passenger manifest, we know that there were three third-class passengers on the S.S. Trent. One of the three was Marcus Mosiah Garvey. The S.S. Trent stopped in Barbados, Trinidad, and Panama before arriving in Jamaica on Tuesday, July 7, 1914.

As the trip back home to Jamaica would last twenty (20) days, we are told by Mr. Garvey, “Becoming naturally restless for the opportunity of doing something for the advancement of my race, I was determined that the Black man would not continue to be kicked about by all the other races and nations of the world, as I saw it in the West Indies, South and Central America and Europe, and as I read of it in America.” Moreover, he asked himself, “Where is the Black man’s government? Where is his King and his Kingdom? Where is his president, his country, and his ambassador, his army, his navy, his men of big affairs? I could not find them and then I declared I will help to make them.” Consequently, he mapped out his plans for what would be known as the Universal Negro Improvement (and Conservation) Association and African Communities League.

Finally, on Monday, July 20, 1914, Mr. Garvey called the first meeting and elected officers as the UNIA ♦ACL was founded with its address at 121 Orange Street in Kingston, Jamaica. After arriving in New York on March 24, 1916, Mr. Garvey would eventually grow the UNIA to become the largest mass movement of Africans in world history with more than 12 million members. Subsequently, the UNIA through investing by its worldwide membership, acquired hotels, restaurants, factories, universities of higher learning, printing plants, publishing companies, newspapers, transoceanic steamship lines, to name a few. In addition, the UNIA established civil services, health care services, regiments, such as the Universal Black Cross Nurses, African Legions, and African Motor Corps, etc., all as foundational springboards necessary to the construction of the new continental African nation and homeland. All of this as a result of one man’s belief in his people.

All of us in the UNIA have a duty to celebrate and reflect on the supreme sacrifice and hard work involved in founding the UNIA and should express gratitude to the ancestors for bestowing Marcus Mosiah Garvey upon us. Thus, July 20, 2020 is a Holy Day of Obligation for the UNIA worldwide.

In New York, the UNIA will celebrate the founding of the UNIA on Monday, July 20, 2020 at the business that most resembles the Black Star Steamship Corporation: The Federation of African, Caribbean, American Restaurant Owners Corp [FACA♦ROC].  Located at 132-05 Merrick Blvd. (inside Belknap Street) in Jamaica, NY, the FACA♦ROC was created in the same vein as the Black Star Line in that it involved belief in our people, pooling our resources to start a corporation, and making a solemn sacrifice.

The festivities will commence at 12 noon where we will congregate at the northeast corner of Belknap Street and Merrick Blvd to distribute palm cards and brochures with live drummers to attract interest. The Red, Black and Green will be prominently displayed and the Minister of Arts and Culture will provide give-away masks. By 6 PM, Division 432 will engage in a Zoom webinar featuring the UNIA High Executive Council members providing words of inspiration. Finally, the UNIA radio show – COMMUNITY FOCUS – will round out the evening from 8 to 9 PM on WVIP 93.5 FM IRIEJAM RADIO with the President General, Hon. Michael R. Duncan.