The Africans in southeast Queens have embarked on an ambitious plan to create wealth for the benefit of this noble race. We call the plan the Federation of African, Caribbean, and American [FACA] Restaurant Owners Corp [ROC].

The concept is very simple. Any Black restaurant that is in business (in NY) must spend between $8,000 and $20,000 per week on dry goods, fish, meats, produce and vegetables. Assuming the lower end mid-point of $10,000 is spent per week by 100 restaurants for 52 weeks, that means that those 100 Black restaurants spend $52 Million dollars per year on food.

Keep in mind that this is not new money that has to be created or cajoled to be spent.

What if we could harness all of those restaurants into a federation that would purchase the dry goods, fish, meats, produce and vegetables in bulk and then sell them back to themselves? That way the cost would certainly be reduced for each restaurant. Also, we would have to hire workers to run the warehousing and to deliver the goods. But more importantly, we circulate the funds in our community. 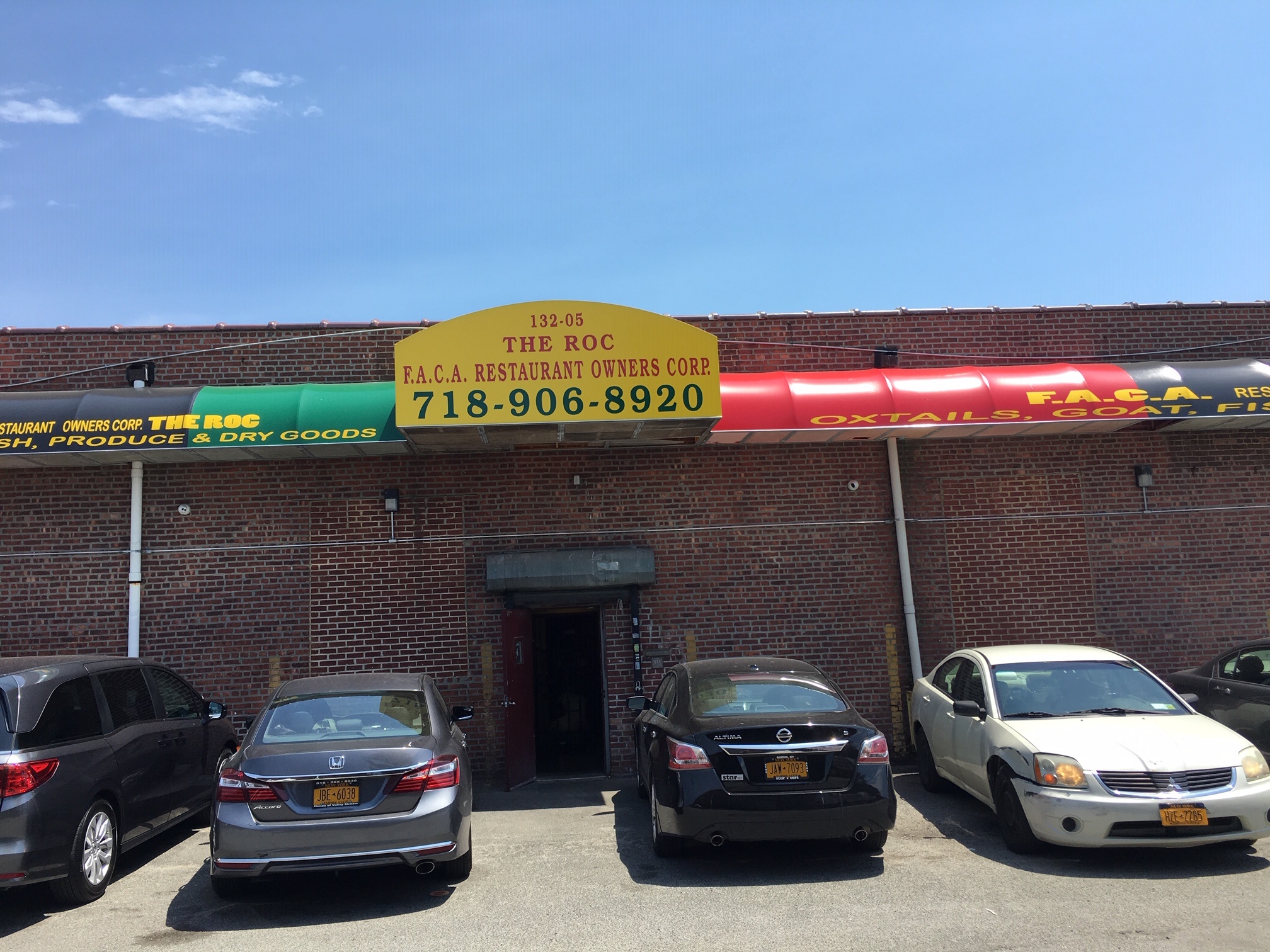 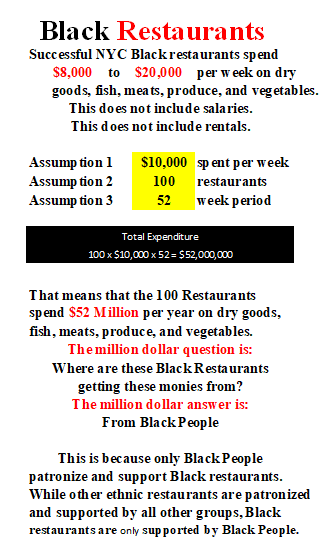 We would also need service personnel such as plumbers, electricians, auto mechanics, carpenters to support the warehousing and to provide services to the 100 restaurants. It is practically unlimited what this proposed corporation could offer to the 100 member restaurants: accounting, consulting, contracting, educational, and management services, to name a few. In addition, as we engage in the retail portion of the foods to regular customers, we direct more employment in our community.

And of course we are not just speaking on restaurants. This is just the beginning. Just as Mr. Garvey started out with the Black Star Line Corporation, followed by the Negro Factories Corporation and then the application for a bank charter, we certainly can do the same. We, as Black people in these United States, spent almost $1.3 trillion dollars in 2017 and have nothing to show for it. That $1.3 trillion dollars – if it were a separate government, which it is not – would make us the 15th largest economy in the world. Yet, we owe nothing in the collective nor are we afforded the rights of citizenship. Specifically, we are brutalized by the law enforcement authorities; the rental housing that many of us live in are underserved; the schools in our communities serve as temporary housing while we run the gamut of miseducation, under-education, and unintelligence to name a few.

And what is even worse is that the gross national product [GNP] of all of Africa comprised of 1.1 billion Africans is $2.2 trillion while at the same time we ~45 million Africans in these United States spend almost $1.3 trillion though we only make up 3.4% of the population of Africa. We should be ashamed of ourselves.

This ambitious plan is a facsimile of the Negro Factories Corporation that His Excellency Marcus Mosiah Garvey initiated in Harlem in 1919 and 1920. Mr. Garvey sold shares of his Negro Factories Corporation at $5 in 1919. Keep in mind that Black people were only making 25 to 40 cents per day in 1920. In 2016, based on a cost of living adjustment of 5%, that would translate to $600. As such, the FACA ROC vision became a reality on May 27, 2017 as we celebrated the first of the two Grand Openings. Since then, our people have supported us as A Better Day is Coming. As of July 2019, the ROC is profitable. 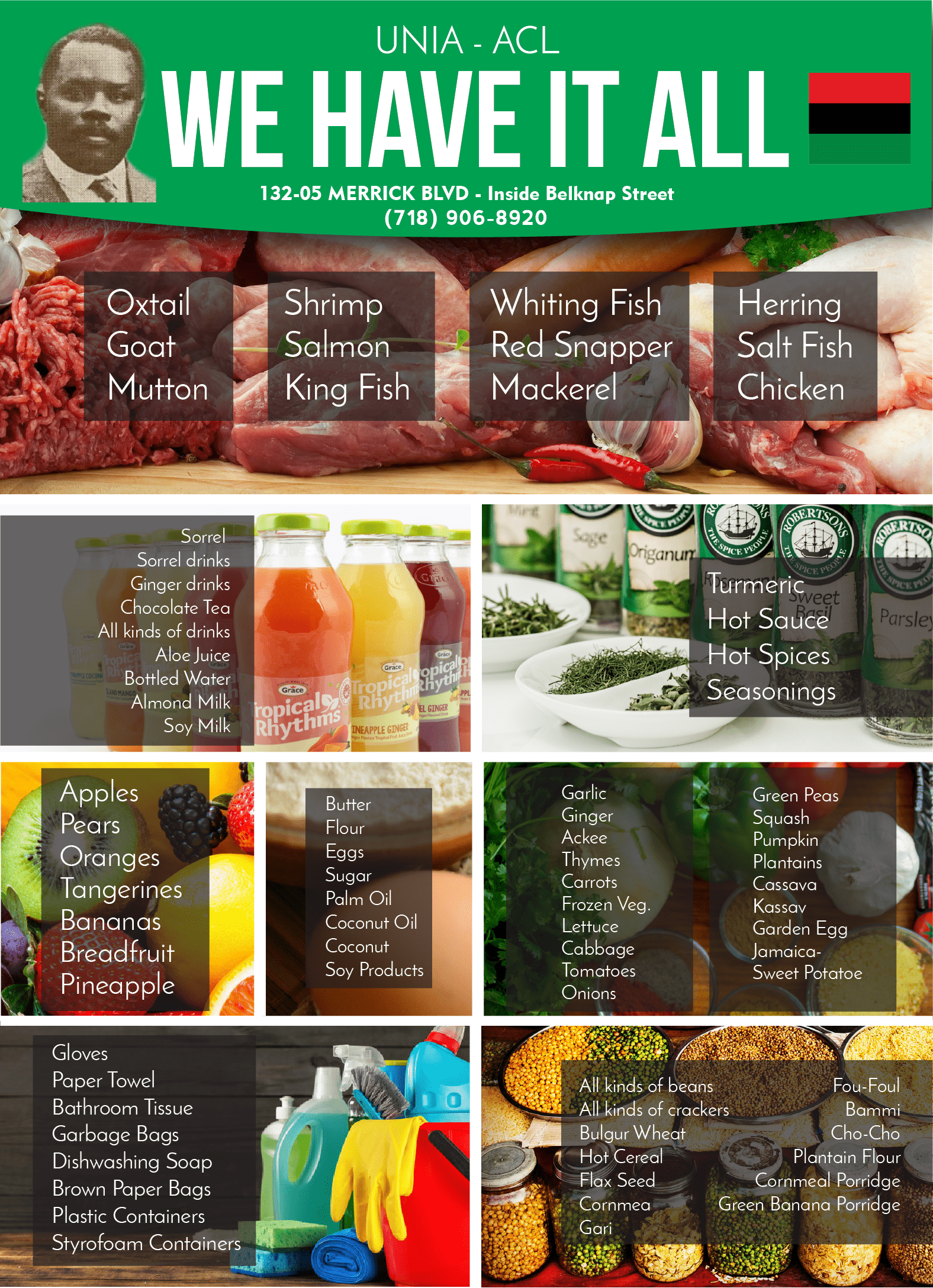 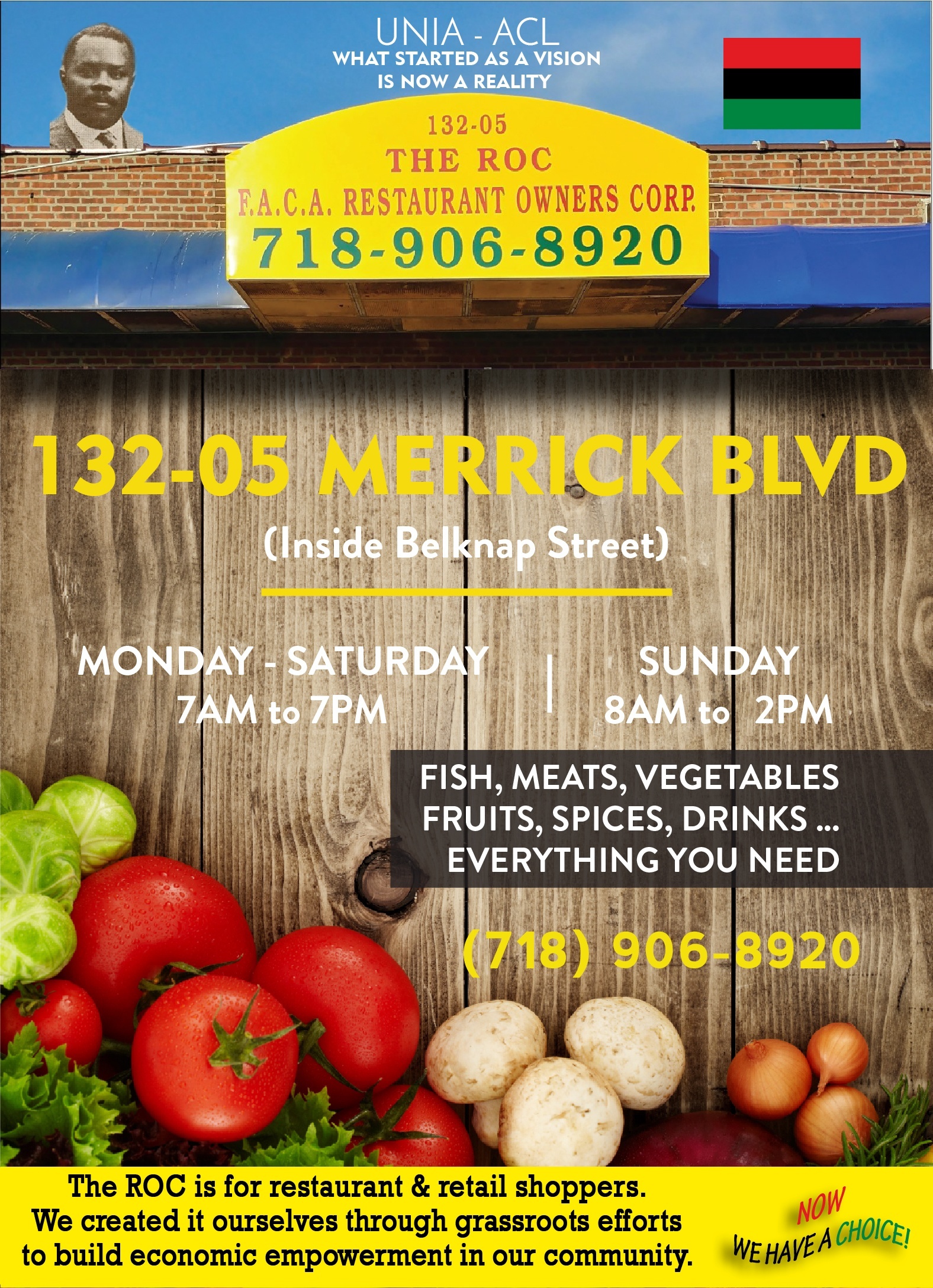